Lifting Voices from the Shadows

The Northern Arapaho lived in the Cache la Poudre River basin for centuries before the United States military forcibly removed the tribe to Wyoming in the 1870s. It is vital that Northern Colorado communities learn the stories of the people whose historic and spiritual homeland is the Cache la Poudre River. Doing so can help people properly understand the complicated history and ecology of the region.

The project is funded by a $25,000 “Women in Parks Innovation and Impact” grant from the National Park Service (NPS) and the National Park Foundation (NPF). The goal of the grant “is to support projects and programs that help the NPS share a more comprehensive American narrative that includes the voices of women.” In particular, the initiative is meant to raise awareness of the 19th Amendment’s centennial this year and to “highlight stories of women who continue to shape the world.” However, as Benedict and Soldier Wolf discuss in the video, Indigenous women did not gain the right to vote in 1920. It was not until the Snyder Act passed in 1924 that Indigenous Americans earned their full U.S. citizenship, though some states continued to deny Indigenous Americans their enfranchisement as late as 1962.

The “Lifting Voices from the Shadows” project is an opportunity for Northern Arapaho women to share their personal experiences with voting and address contemporary issues in a respectful and professional context. Soldier Wolf believes this is the first opportunity that Northern Arapaho women have had to share their stories with the public. The PHA will record 8-12 women’s oral histories in the coming months. Thanks to the grant support, the organization will also create educational videos and interpretive materials, and share relevant content about the promises and failures of the 19th Amendment.

The Cache la Poudre River National Heritage Area is treasured by a community that values it for a variety of recreational activities and the tranquility of a natural corridor, while also depending on it as a water source for municipal, industrial, and agricultural uses. A wide range of cultural perspectives form our rich Poudre River heritage. This project will help the PHA present creative and balanced interpretation representing the variety of cultures that make up our river corridor and helping citizens find a sense of place and continuity in a rapidly changing world.

This year many will celebrate the 100th anniversary of women’s right to vote with the 19th Amendment. Passed by Congress in August of 1920, this amendment ended nearly 100 years of protest by guaranteeing women the right to vote. However, it did not grant all women the right to vote. Women of color, and specifically Native American women, were excluded from the protections of the 19th Amendment. Barriers to this right continue even to this day. In this panel, featuring all Native American women, we will be discussing how Native peoples were denied the right to citizenship and voting rights, and how the legacies of these injustices are still impacting Native communities today. 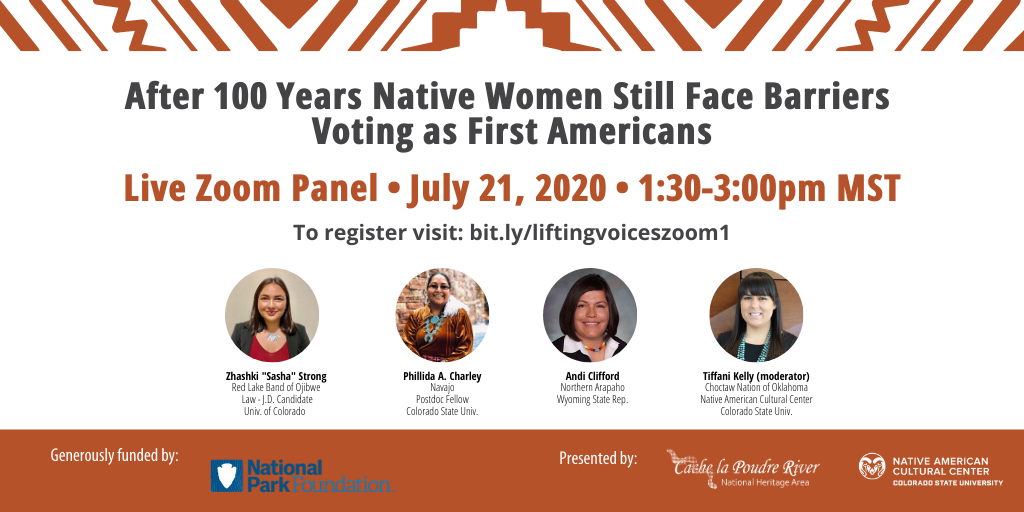 Join this panel of Native American women for a discussion about voting rights and voter suppression from the viewpoint of the Native American community. This group of incredible women will share their experiences as indigenous leaders and provide resources to help address barriers to voting in 2020 and beyond. This webinar series is part of an initiative to raise awareness of the 19th Amendment’s centennial and to “highlight stories of women who continue to shape the world.”
Moderated by Savannah Romero (Eastern Shoshone), Partnerships & Programs Manager at IllumiNative. 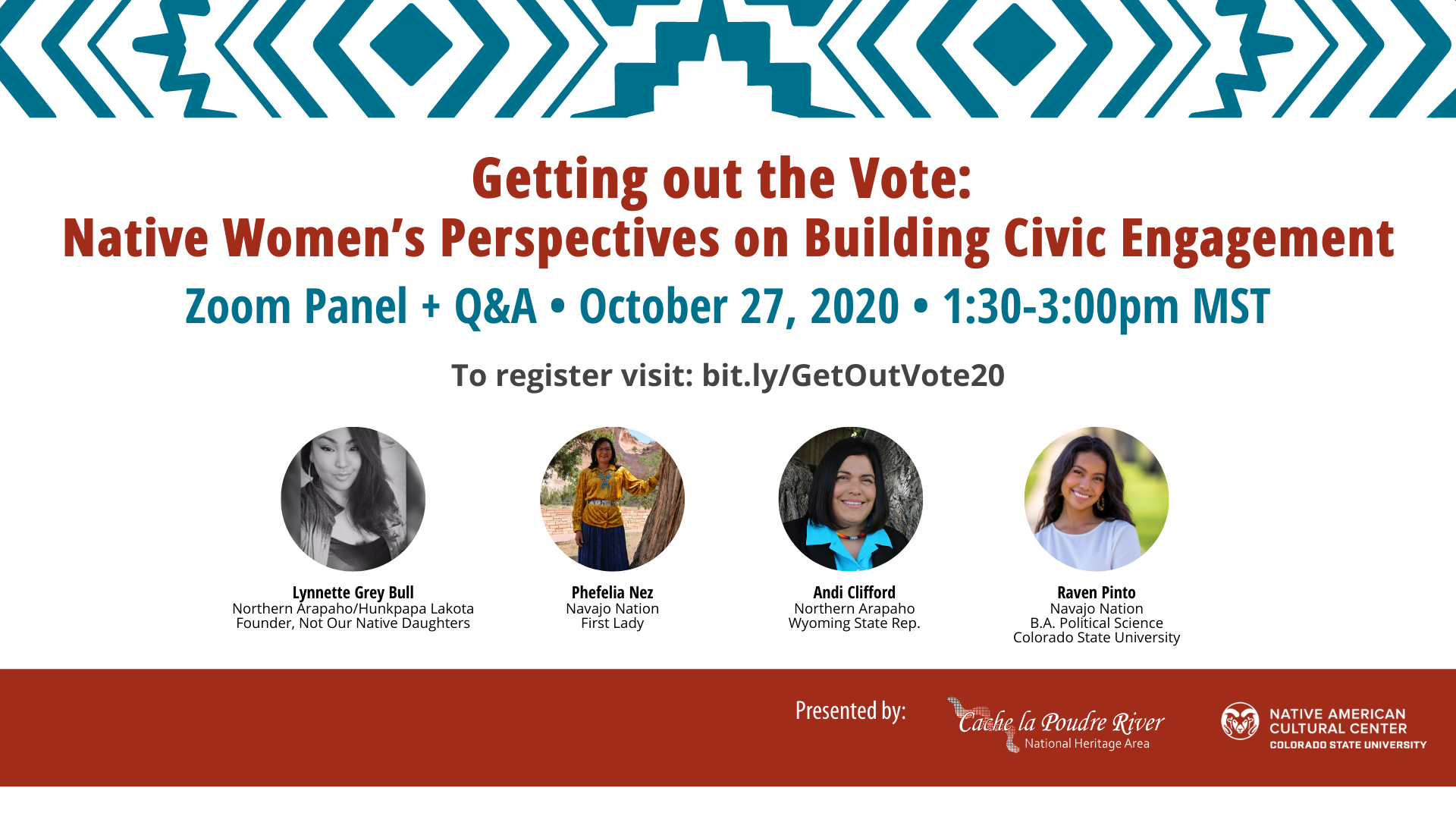 "Lifting Voices from the Shadows" Videos